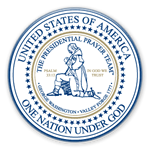 According to the National Center for Missing and Exploited Children, approximately 2,000 children in the United States go missing each day. Americans sat glued to televisions as the stories of Adam Walsh, Jaycee Lee Dugard, Elizabeth Smart, Caylee Anthony, Natalee Holloway and others unfolded. Massive search efforts were launched with thousands volunteering to help look for these lost children. Some situations ended in celebration when the lost were found. Others ended tragically.

I tell you, there is joy before the angels of God over one sinner who repents. Luke 15:10

Surrounding today’s verse, Luke recounts three parables Jesus told about the lost and found; the lost sheep, the lost coin and the lost son. Jesus says His reason for coming into the world was to find and save the lost. While overwhelming and wonderful, the joy of finding missing children doesn’t compare to the joy in Heaven when lost sinners repent and are found.

Just as thousands of children are lost each day, thousands of souls are lost around you. Won’t you join Christ in His search and rescue efforts? Pray to be led to those who need to be found so they won’t meet a tragic ending. Intercede also for the prodigal nation and its leaders to return to God.