So now that we have a revisionist movie coming out called “First Man,” from the Canadian director of La-La Land, which omits the American flag from its history of first man on the moon, astronaut Neil Armstrong, it’s heartening to see the big guns – the big, big, guns, come out and declare it the phony garbage it is.

Yeager, for one, directly tweeted out his disgust at the whole revisionist spectacle. Here is an assemblage of tweets and coverage from Weaselzippers:

Aldrin, who was most famously photographed for saluting the flag on the moon, made his views clear through tweeted pictures and a tshirt. Breitbart has coveragehere. 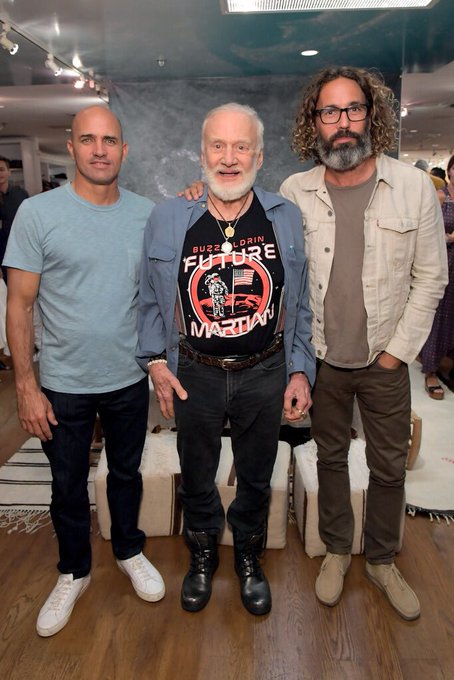 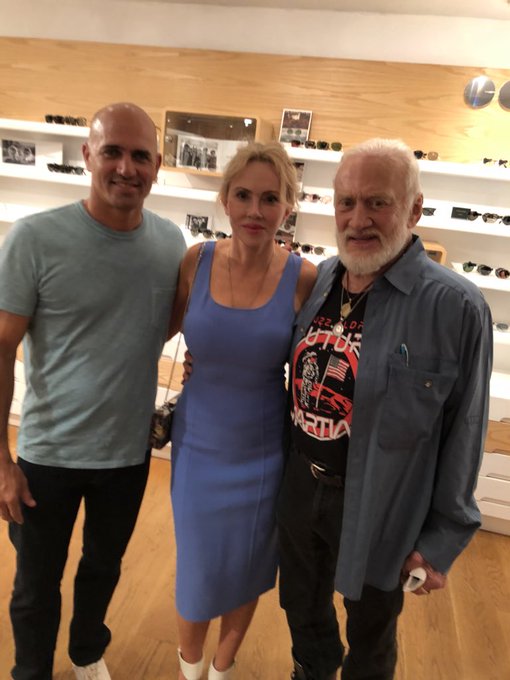 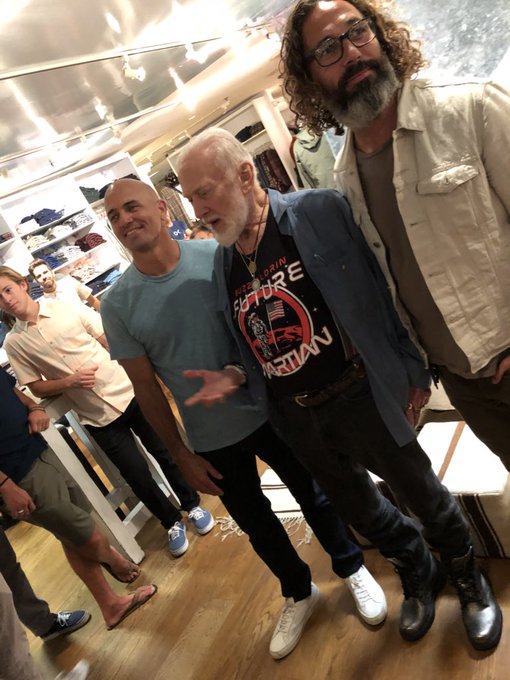 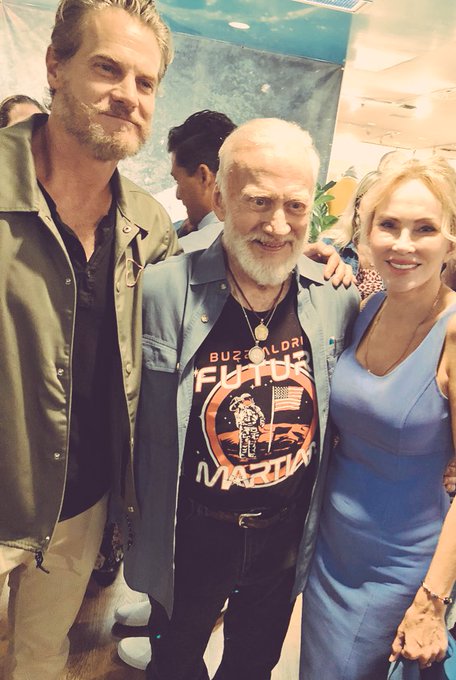 Always fun to visit my friends @KellySlater, John Moore & Co at their Outerknown clothing line party. Is it time for a space attire line yet?!

And if that was not clear enough, through tweets such as this here: 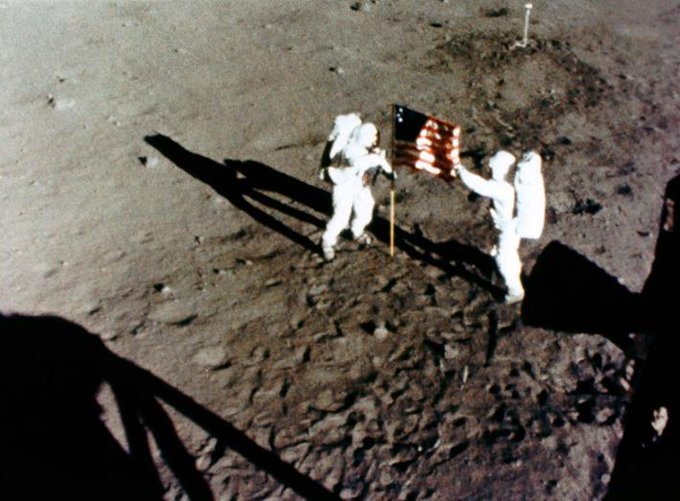 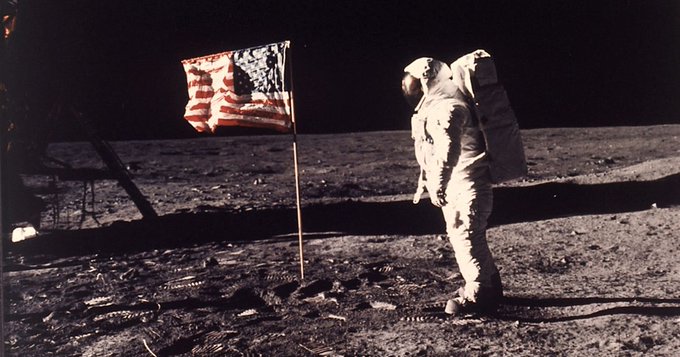 Aldrin, by the way, is quite a stupid choice of people to make angry through the spouting of phony history, by the way. In 2002, Aldrin socked a crackpot in the face outside a hotel who claimed the 1969 moon landing he was on, was fake. Cops refused to arrest Aldrin and told the clown he had it coming.

The right to speak of these men is absolutely unassailable.

What’s more, neither Yeager, nor Aldrin, are people we hear from all that often. They aren’t publicity seekers or media hounds, and while they have stood up for the military and space exploration, both have stayed out of petty politics. So the fact that they are coming out now carries much greater weight than the pronouncements of the Hollywood types.

You have to ask yourself why the flag would be this important to these heroic men that they would come out and say something. Why is the flag so important?

Well, as someone who, as a six-year-old, was there in Cape Kennedy at pretty much all of the Apollo launches since my father worked as a pocket-protectored engineer in the space program, I recall that the patriotism of the moment was extremely important. The flag was everywhere, not just as a counterweight to the Russians, which didn’t seem all that visible to me, but because flags are what people die for.

And we knew that the missions were dangerous as hell, and not just in outer space. Everyone remembers how three astronauts, including Gus Grissom (an easily memorable name for a six year old) died on the launch pad on an awful day in 1967. Everyone remembers that the moonshot took place before the existence of pocket calculators — it was done on slide rule calculations in an era of zero cell phones, no personal computers, and black and white television sets. Everyone knows that breaking the sound barrier was terrifying.

And everyone knows we have not been back since those Apollos … because one thing we learned from it was that it was … so incredibly dangerous.

People don’t put their lives on the line for just nothing – they do it if there is a critical mission of great importance to all of their country and something worth doing it for. And well, that is what the moonshot was. Yet it was inextricably linked to the flag, or else nobody would have done it. Yes, there was ‘we came in peace’ and talk of ‘for all mankind.’ But that was just magnanimity, not the essence of what was going on. The flag was paramount. Just look at it on the astronauts’s uniforms, and in every vintage photo from the era. Look at the most famous photo from the moon landing, that of Buzz Aldrin saluting the flag on the moon.

The flag meant something to these men and they’re the one with the biggest standing to say something. It’s heartening for all of us in this era of revisionist history, statue-toppling, and other crap designed to make America smaller that they were still here to say something and they refused to stand for it.