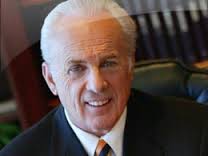 “He went a little beyond them, and fell on His face and prayed, saying, ‘My Father, if it is possible, let this cup pass from Me; yet not as I will, but as Thou wilt’” (Matthew 26:39).

Jesus’ prayer in the Garden of Gethsemane is a perfect model of perseverance in seeking God’s will.

By humbly and submissively raising the option, “If it is possible, let this cup pass from Me,” Jesus was not questioning the validity of God’s plan of redemption or the Son’s responsibility in it. The thought of His becoming sin for us was weighing heavier and heavier on Jesus, and He simply wondered aloud to God if there could be a way other than the cross to deliver men from sin. But as always, Jesus made it clear that the deciding factor in what was done would be the Father’s will, not the Son’s.

In contrast, while Jesus was wrestling earnestly in prayer before the Father, Peter, James, and John were oblivious to the struggle because they slept. The need for sleep was natural at such a late hour (after midnight), and their emotions—confused, frustrated, depressed—concerning Jesus’ death may have induced sleep as an escape (Luke 22:45 says they were “sleeping from  sorrow”).

But even those “legitimate reasons” are inadequate to excuse the disciples’ lack of vigilance in prayer. As is often true of us, the disciples did not accept Jesus’ instructions and warnings at face value. His repeated predictions of His suffering and death, His forecast of the disciples’ desertion, and His anticipation of the anguish in Gethsemane should have been more than enough incentive for the three men to stay alert and support Christ. But the disciples failed to heed Jesus’ words or follow His prayerful example at a time of crisis.

For us today, the record of Scripture is the great motivation to follow the Lord’s example. We can meditate on the written narrative of Gethsemane and rejoice in something the disciples didn’t yet have before Jesus’ death— the presence of the Holy Spirit, who continually helps us pray as we ought (Rom. 8:26-27).

Ask the Lord to grant you both sensitivity and perseverance as you seek His will during times of prayer.

What is the common theme of these two parables?

What does Jesus’ teaching suggest about the challenging nature of prayer?