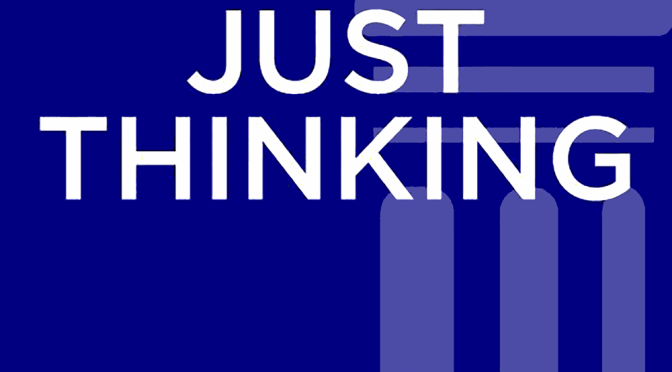 “The ‘kingdom of God’ is for the gullible,” I read recently.  “You enter by putting an end to all your questions.”

It is true that Jesus moved all over Judea pronouncing the reign of God and the kingdom of heaven as if it were a notion he wanted the simplest soul to get his mind around.  But simplicity was not what hearers walked away with. With great disparity, he made it clear that this kingdom was approaching, that it was here, that it was among us, that we needed to enter it, that we need to wait for it, that we desperately need the one who reigns within it. The tension within so many different and dynamic realities turned the clarity of each individual picture into a great and ambiguous portrait. He insisted, the kingdom “has come near you.” Yet he prayed, “Thy kingdom come.“(1) Paul, too, described the placement of believers in the kingdom as something established: “God has rescued us from the power of darkness and transferred us into the kingdom of his beloved Son.”(2) While the writer of Hebrews described the kingdom as an ongoing gift we must accept: “Since we are receiving a kingdom that cannot be shaken, let us therefore give thanks.”(3) To make matters all the more complex, Jesus also assigned the kingdom imagery such as a mustard seed, a treasure in a field, and a great banquet, among others.

Contrary to putting an end to one’s questions, the kingdom of God incites inquiry all the more. What is the nature of this kingdom? Can it be all of these things? Who is this messenger? And what kind of proclamation requires the herald to pour out his very life to tell it? Whatever this kingdom is, it unmistakably introduces to a world far different from the one around us, one we cannot quite get our minds around, with tensions and dynamisms reminiscent of the promise of God to answer our cries “with great and unsearchable things you do not know.”(4) It is a kingdom that tells a story grand enough to master the metanarratives which otherwise compel us into thoughtless, gullible obedience. It is a kingdom with a king whose very authority exposes our idols as wood and reforms our numbed minds with great and surprising reversals of reality.

In this kingdom Jesus proclaims we are shown a God who opens the eyes of the blind and raises the dead, who claims the last will be the first, and the servant is the greatest. But his proclamations did not cease with mere easy words. Jesus put these claims into action, placing this kingdom before us in such a way that forbids us to see any of it as mere religion, abstraction, gullibility, or sentimentality:

“Then the whole assembly rose and led Jesus off to Pilate.  And they began to accuse him, saying, ‘We have found this man subverting our nation.  He opposes payment of taxes to Caesar and claims to be Christ, a king.’

So Pilate asked Jesus, ‘Are you the king of the Jews?’

Then Pilate announced to the chief priests and the crowd, ‘I find no basis for a charge against this man.’

But they insisted, ‘He stirs up the people all over Judea by his teaching.  He started in Galilee and has come all the way here…’ So with loud shouts they insistently demanded that he be crucified, and their shouts prevailed.”(5)

The way of proclamation led to the way of the passion, the path of commotion to the path of accusation, a road strewn with signs of the authority of another kingdom to a road that demanded death and mocked a king. And yet this man is still subverting nations. The kingdom he proclaimed in life and in death continues to unravel our own.

In this world of gullibility, crafted ignorance, and much distraction, there sounds a clarion call for a new means of perception. Living somewhere between this foreign kingdom of God’s reign and the familiar kingdom of earth, some of us never fully see or live in either. Still others somehow find themselves moved beyond the familiar borders of the world they know, to the very threshold of the kingdom of God where, longing to see in fullness and relishing here and now, they discover the one who reigns.