Even when faith falters, hope comes to the rescue. It is that long rope that keeps us linked to the sovereignty and power of God.

The apostle Peter wrote to believers who were experiencing severe trials. To encourage them he began, “Blessed be the God and Father of our Lord Jesus Christ, who according to His great mercy has caused us to be born again to a living hope through the resurrection of Jesus Christ from the dead” (1 Pet. 1:3).

Our hope is a living hope because our God is a living God. No matter how bleak your situation might seem, God is at work to accomplish His purposes. As Christ hung on the cross, it seemed as if sin had finally triumphed over righteousness. But sin’s finest hour became its death knell when Christ arose from the grave as Lord of life and Redeemer of His people. Now “He who raised Christ Jesus from the dead will also give life to your mortal [body] through His Spirit who indwells you” (Rom. 8:11). Trials and death have no power over you. They simply bring you closer to Christ.

When ministering to others, hope gives you confidence that as long as there is life, human failure is never final. God refused to accept Israel’s failures; Jesus refused to accept Peter’s; and Paul refused to accept that of the Corinthians. When your attempts to cover the sins of others have failed or your righteous expectations have been shattered, hope says, “Don’t give up. God can still work this out for good.”

Hope is illustrated in the true story of a dog who was abandoned at the airport of a large city. He stayed there for over five years, waiting for his master to return. People at the airport fed and cared for him, but he refused to leave the spot where he last saw his master. If a dog’s love for his master can produce that kind of hope, how much more should your love for God produce abiding hope?

Praise God for His sovereignty and power, and for the hope that is yours in Christ.

Read Psalm 42, noting how the psalmist related the distressing circumstances of his life to his hope in God.

Christ is the power of God, for he is the Creator of all things, and by Him all things exist. But when he came to earth, took upon himself the fashion of a man, tabernacled in the inn, and slept in the manger, he still gave proof that he was the Son of God; not so much so when, as an infant of a span long, the immortal was the mortal, and the infinite became a babe; not so much so in his youth, but afterwards when he began his public ministry, he gave abundant proofs of his power and godhead. The winds hushed by his finger uplifted, the waves calmed by his voice, so that they became solid as marble beneath his tread; the tempest, cowering at his feet, as before a conqueror whom it knew and obeyed; these things, these stormy elements, the wind, the tempest, and the water, gave full proof of his abundant power. The lame man leaping, the deaf man hearing, the dumb man singing, the dead rising, these, again, were proofs that he was the “power of God.” When the voice of Jesus startled the shades of Hades, and rent the bonds of death, with “Lazarus come forth!” and when the carcase rotten in the tomb woke up to life, there was proof of his divine power and godhead. A thousand other proofs he afforded; but we need not stay to mention them to you who have Bibles in your houses, and who can read them every day. At last he yielded up his life, and was buried in the tomb. Not long, however, did he sleep; for he gave another proof of his divine power and godhead, when starting from his slumber, he affrighted the guards with the majesty of his grandeur, not being held by the bonds of death, they being like green twigs before our conquering Samson, who had meanwhile pulled up the gates of hell, and carried them on his shoulders far away.

For meditation: This very same power of God is mighty to save believers through the gospel (Romans 1:16), is at work within them (Ephesians 1:19) and can enable them to fight the good fight of the faith against all evil powers (Ephesians 6:10-13).

Christ didn’t send me to baptize, but to preach the Good News — and not with clever speech, for fear that the cross of Christ would lose its power. —1 Corinthians 1:17

There is explosive power in the message of the gospel because Paul says, “It is the power of God at work, saving everyone who believes . . .” (Romans 1:16, NLT). The word power that Paul used in this verse originates from the Greek word dunamis. It is the same word Jesus used in Acts 1:8: “But you will receive power [dunamis] when the Holy Spirit comes upon you. And you will be my witnesses, telling people about me everywhere” (NLT). The English words dynamic, dynamo, and dynamite also have been translated from this word dunamis. Paul was saying the very message of the gospel is the dynamite and dynamic of God.

We often underestimate the raw power of the gospel in reaching even the most hardened heart. We think we need to add to it, dress it up, make it ultracontemporary, gloss it over, or even complicate it. But there is distinct power in the simple message of the life, words, death, and resurrection of Jesus Christ. Never underestimate its appeal. Never be ashamed of its simplicity. Never add to it or take away from it. Just proclaim it, and then stand back and watch what God will do. As Paul said, “The message of the cross is foolish to those who are headed for destruction! But we who are being saved know it is the very power of God” (1 Corinthians 1:18, NLT).

“To obtain an inheritance which is . . . reserved in heaven for you, who are protected by the power of God through faith for a salvation ready to be revealed in the last time” (1 Pet. 1:4-5).

When Peter wrote his first epistle, attitudes toward Christians in the Roman Empire were not at all favorable. Because they would not worship the emperor as a god, or enter into other sinful pagan practices, Christians were looked upon with suspicion and disdain. In addition, Nero had blamed them for burning Rome (an act he himself perpetrated), so anger and hatred toward them was at its peak.

Peter wrote to encourage them–and all believers–to live out their faith amid persecution, just as Jesus had done when He suffered unjustly (cf. 1 Pet. 2:21-23). He reminded them that despite the sufferings they might endure in this life, God will reward them with an inheritance that is eternally secure because it is reserved in heaven for them.

“Reserved” in 1 Peter 1:4 indicates an inheritance that already exists, is presently protected, and will continually be protected. The place of its protection is heaven, where “neither moth nor rust destroys, and where thieves do not break in or steal” (Matt. 6:20), and where “nothing unclean and no one who practices abomination and lying, shall ever [enter], but only those whose names are written in the Lamb’s book of life” (Rev. 21:27). There is no safer place!

Not only is your inheritance protected for you, but also you are protected for it! That’s what Peter meant when he said that it is “reserved in heaven for you, who are protected by the power of God through faith for a salvation ready to be revealed in the last time” (1 Pet. 1:4-5). The omnipotent, sovereign power of God will continually protect you until His work is fully accomplished in your life. Then He will grant you glorification: the fullness of the salvation for which He redeemed you.

You needn’t fear the loss of your inheritance. Instead, rejoice in the protection of our gracious God.

Thank God for His protection and for the assurance of your inheritance.

What do these verses teach about the security of your salvation: Romans 8:31-39, Philippians 1:6, and Jude 24? 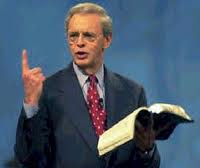 Even before the Israelites set out to conquer the Promised Land, the Lord knew everything they would experience—including the unconventional victory at Jericho, the defeat at Ai, and the Gibeonites’ deception (Josh. 6–9). And so He gave a command and a promise to Joshua, His chosen leader of the people. God knows what lies ahead for today’s believers as well, and His words still apply to all who walk with Him.

• The Command: “Be strong and courageous!” (1:6, 7, 9). So many things in this life threaten to overshadow godly hearts and minds. Adversaries assail us in the workplace, our neighborhoods, and sometimes even in our homes. We often have occasion to wonder if we are making a good decision or following the wisest course. Like the Israelites, we face battles, enemies, and trials. And yet God tells us to have courage and strength as we confront what comes.

• The Promise: “I will be with you; I will not fail you or forsake you” (v. 5). The Lord’s command would be impossible to obey without His promise. We stand not on our own strength and resolve but on the unwavering power of God. The guarantee of His presence and guidance is ours to claim.

The writer of Psalm 118 trusted in God’s command and promise from Joshua 1. He penned, “The Lord is for me; I will not fear; what can man do to me?” (v. 6). No one can remove God’s love from us, take our salvation, or make us forfeit our right to faithfully abide with Him forever.